iPhone 4 Screen not So Hard 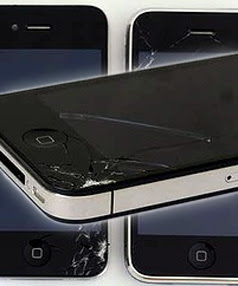 Apple compares it to a helicopter windshield but a Sydney iPhone repair shop has disputed the company's claims that the iPhone 4's glass is 30 times harder than plastic and less prone to breakage, after the first broken model came through his door.

New owners will want to be careful as dropped phones are not covered under warranty and repair costs are significantly higher than for the iPhone 3GS.

A 22-year-old Monash University IT student from Melbourne, Steven, who did not want his surname revealed, bought the iPhone 4 on Friday, the day it was released. But within hours, he had dropped it on concrete and smashed the screen after the 9.3mm thin device slipped out of his hands while he was carrying too many things.

"I was pretty shattered - when I dropped it I just didn't want to use it anymore, went straight back to my BlackBerry," said Steven.

Steven sent it inter-state to Alex McCredie, director of Fixpod in Sydney, after hearing it had a good reputation for repairs. McCredie, who estimates the phone will cost $199 to repair, said it was clear the iPhone 4 was just as, if not more fragile as the previous models.

"We received our first iPhone 4 screen repair request the day after it was released. It was not unexpected, given that the iPhone 4 does not have the protective chrome bezel around the screen that the earlier models have, and has glass on the front and back," McCredie said.

McCredie said repairs of dropped phones were not covered by Apple under warranty and that the $199 repair cost was more expensive than the iPhone 3G and 3GS. A screen repair on those models was around $129.

"Repairs are likely to remain more expensive than for iPhone 3G and 3GS as the front glass and touch sensor are laminated to the LCD and cannot be replaced separately," he said.

"This will make for a clearer screen however, as dust won't be able to get between the front glass and the LCD."

On its website, Apple talks up the "aluminosilicate glass" used in the iPhone 4, which it says is the same type of glass used in the windshields of helicopters and high-speed trains.

"Chemically strengthened to be 20 times stiffer and 30 times harder than plastic, the glass is ultradurable and more scratch resistant than ever," Apple says.

Steven described this claim as a "load of crap".
Posted by Forrest at 2:01 AM